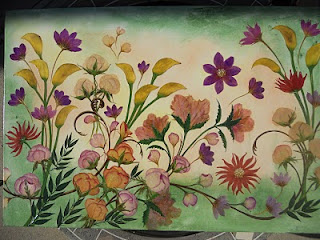 Mika wanted a large 24 x 36 painting in horizontal format. She had a wide variety of flowers so it was no problem showing all of them off in the painting. 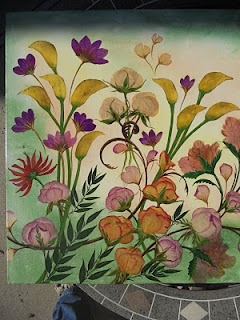 The couple's living room walls are a pale peach, so I used a hint of peach in the background with the green surrounding the flowers and leaves. 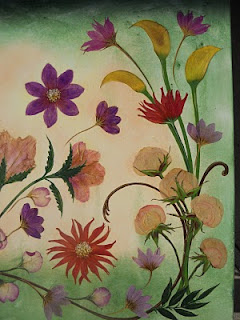 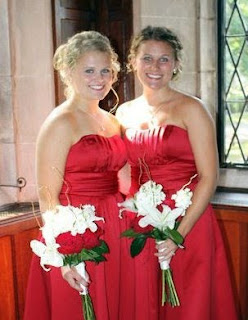 The bridesmaids bouquets had beautiful white star gazer lilies and claret red roses with white hydrangeas, which I added to the painting. 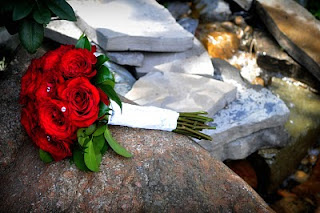 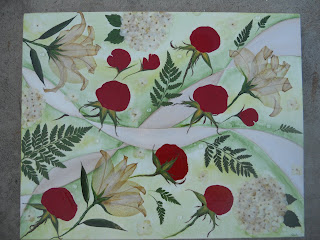 Originally the couple wanted their preserved wedding flowers in a horizontal painting. But, they liked the painting vertically as well so they will change it around from time to time. 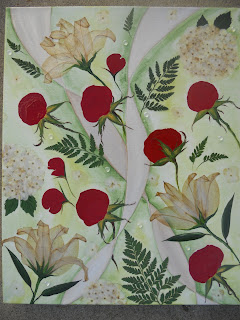 Claret roses, white star gazer lilies and hydrangeas with ferns make up this royal painting. Crystals from the bouquet were added as dew drops scattered throughout. The two ribbons entwined represent Joe and Kendall on their new journey as a married couple 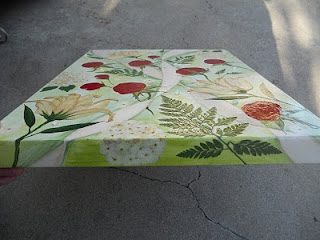 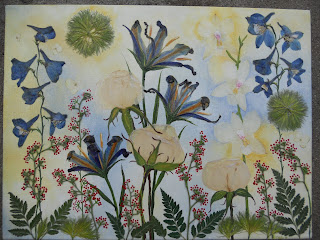 Melissa and her husband wanted their painting to reflect their wedding colors of blue and yellow, but with a pop of red to fit in with their living room furniture that has the color red in the fabric. 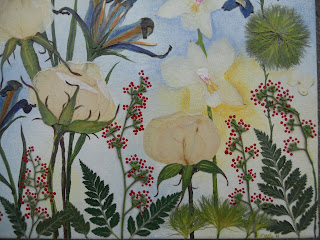 I used the seeded eucalyptus and added little red berries to add a bit of red to the painting. 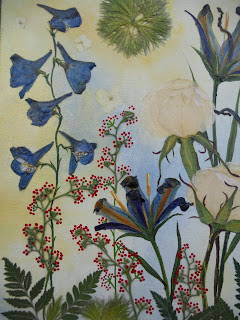 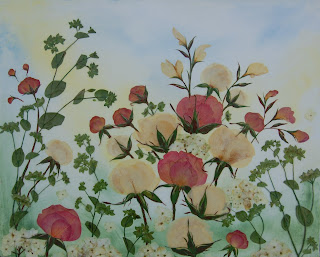 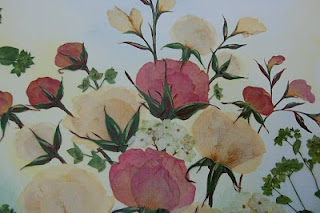 Katie wanted to surprise her mom for Christmas with this painting preserving her wedding flowers on canvas. Now her mom has a beautiful memory of her daughter's wedding and a painting for her home as well.
Posted by CurlyArt at 4:09 PM 1 comment:

CurlyArt
I am an artist located in Central California, but preserve wedding flowers for brides all over the US. I specialize in the preservation of wedding flowers on canvas transforming them into a beautiful painting. My portfolio does include many other styles of artwork in various mediums, which I will also be sharing here.